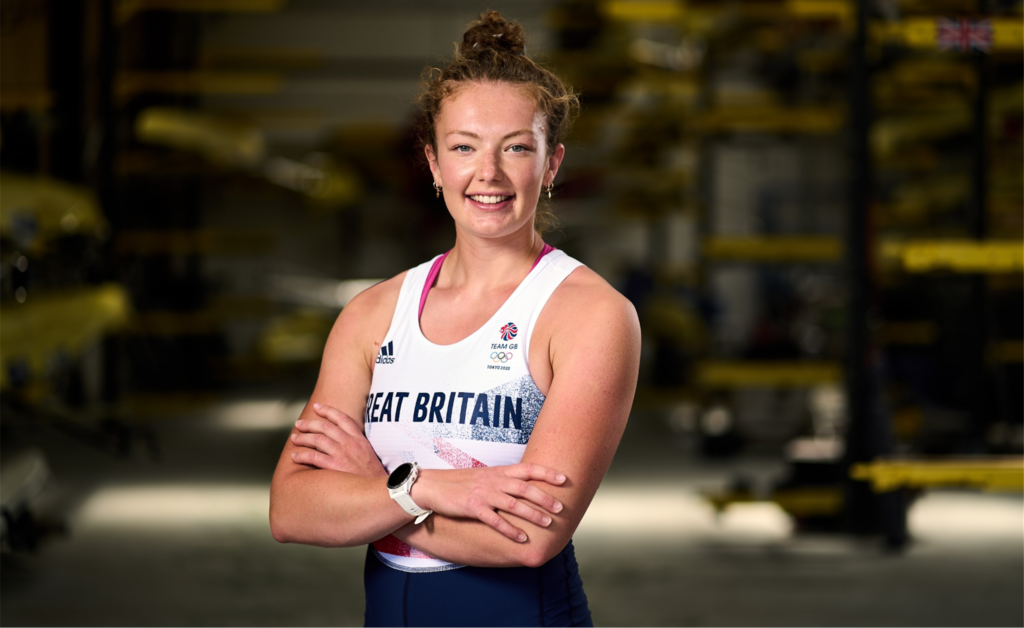 Lucy was in the stroke seat of the Women’s Quad Scull. The first race took place on the 23rd July 2021.

The 22-year-old was introduced to rowing through a Project Oarsome partnership between Lymm High School and Warrington Rowing Club. She won a silver medal for GB in the European Rowing Championships last summer, and has gold and silver medals in the World Championships at U18 and U23 levels.

Currently, Lucy is based at Edinburgh University where she is studying for a Psychology degree.

“My dream of competing at the Olympic games has been within me ever since I was lucky enough to be introduced to the sport of rowing through Warrington rowing club’s strong links with our School”, said Lucy.

Staff and students joined together to wish Lucy all the best before she left for Tokyo. Unfortunately, Lucy and her squad finished fourth in the repechage to miss out on a place in the medal race. 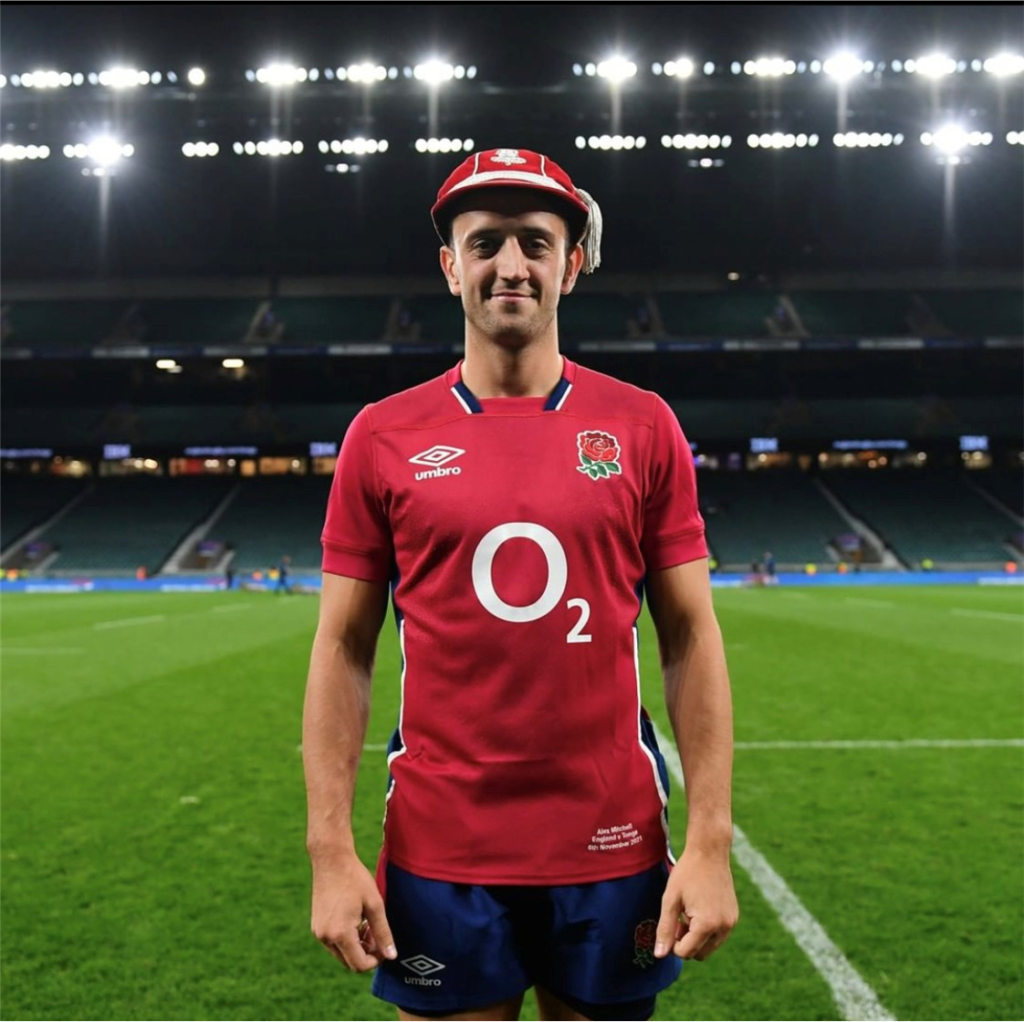 Following on from former student David Strettle (1994–2001) who gained 14 caps on the international stage, Alex was selected as a ‘finisher’ for the Autumn Internationals against Tonga after he represented England versus the Barbarians in 2019. Having represented his country at every age group from under 16s to under 20s, this was his first full cap for the Red Rose.

Coming on for his debut in the second half, we thought Alex crossed the white wash for his first try but this was pulled back by the Television Match Official (TMO) for an offside. The disappointment was not to last when Alex rounded off the scoring with the 11th and final try for Eddie Jones’ side as they swept aside the Pacific Islanders 69–3.

Alex began his rugby career at Lymm Rugby club before joining Lymm High School and was taken under Mr Atherton’s wing in Year 7. He flourished for 2 years playing in a centre position alongside former students Mark Dixon and Luke Richards. Together, they formed the ‘smallest’ 10, 12, 13 partnership the school has ever seen; making pace, skill and vision the winner for that back line. It wasn’t until Year 9 when Mr Pickles moved Alex to 9 and Luke to 15 and loaded the midfield with ‘bigger’ boys, that Alex started to play scrum half.

With his brother James Mitchell doing well at age-grade international level and Sale Sharks Academy, Alex knew he had to perform to live up to the standards his brother was setting.

Alex signed professionally with Northampton Saints when he left Lymm High School at the end of his studies.

The scrum half helped the school get to the quarter finals of the U15s Daily Mail cup and then for the 1st XV getting to two more quarter finals losing to Stowe, Dulwich and Oundle, where the Curry twins were in the back row.

They are now both plying their trade at Sale Sharks, Tom Curry being one of the best back rows in the world getting to a world cup final in 2019 and representing the British Lions in South Africa in 2020.

Alex toured South Africa with the school in 2013 when he was Year 11, giving him some experience of playing in the southern hemisphere.

It is a fantastic achievement for Alex and the school, it just shows that you can change your position and as long as you keep trying and commit yourself to the game, you are able to achieve at the highest level. 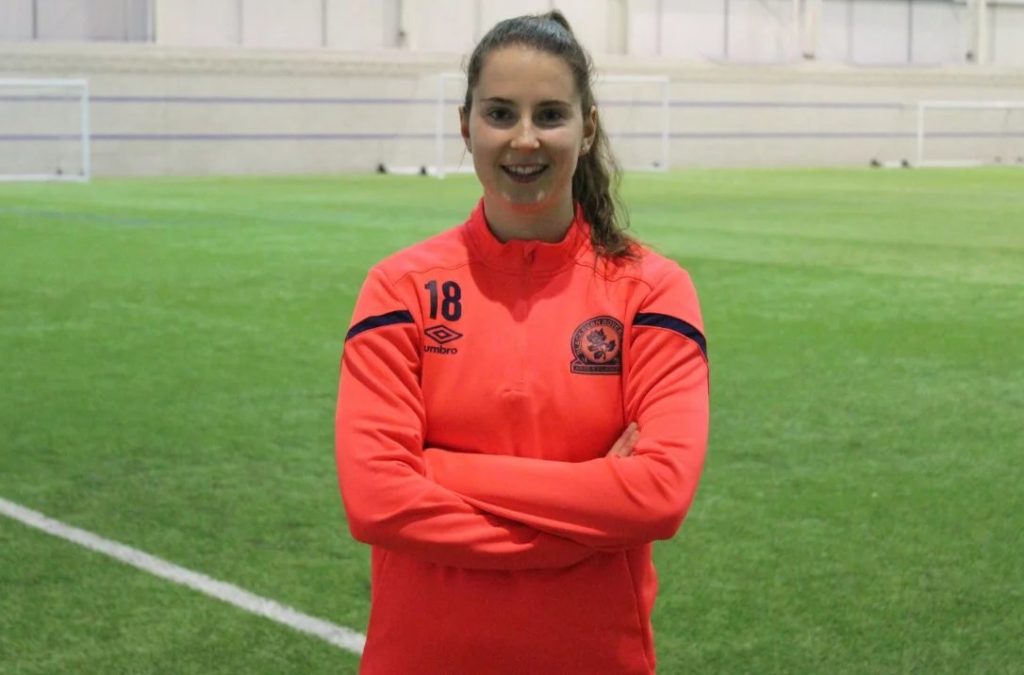 Ellie Fletcher has had caps for England at U19 and U21 and played for Liverpool, Sheffield United and Blackburn Rovers.

Ellie left Lymm High in 2017, but was back to school to open our new 3G Pitch.

She started her footballing career at Manchester United’s Centre of Excellence. She then moved across to Liverpool in 2016, making five first-team appearances for the Women’s Super League side.

Ellie made her Blackburn Rovers debut in a Women’s FA Cup Fourth Round tie against her former club Liverpool.

Ellie is now back in Liverpool playing Right Back for Liverpool Feds WFC. 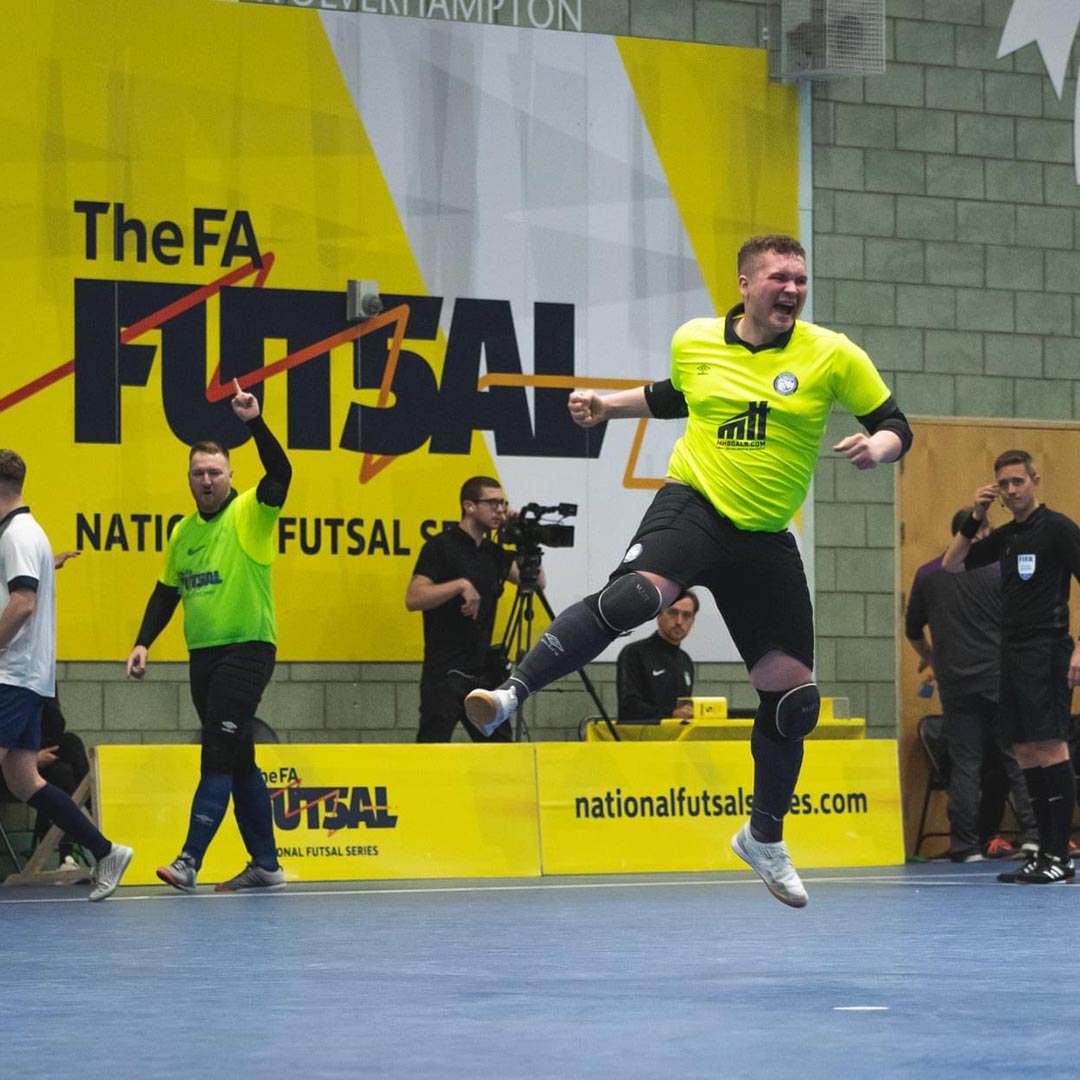 Just before Kai officially left Lymm High he made his England U19s debut in France, playing against Spain in a national Futsal tournament.

He then joined a Welsh Premier League team called Connah’s Quay Nomads where he completed his A’ Levels with their scholarship programme. He then transferred to Wrexham FC in his second year and went on to win the National Youth Alliance League and to compete in the Youth FA Cup second round vs. Lincoln. He also played for Manchester Futsal.

Since Covid, interest in Futsal has been continuously growing and it is now being shown on live BT Sport. Kai has focused on playing futsal in the National Futsal Series, where his Manchester team is hoping to qualify for the Futsal Champions League next season with a win in the play-off final vs. London Helvecia on 21st May.

We love hearing from our Alumni.